What Madavi says about “Changing the way in which we change” is real.

“Creating the future together; Absolutely , YES!”. With this slogan, Schweppes Suntory España a group of employees resume the experience that they have lived with Madavi. A unique experience to create their future together. A future in which their way of working changes towards a model based on self- responsibility, collaborative leadership, the simplification of the processes and the inter-relationship between departments.

“What we did not expect was that so many things would happen in the wake of working with Madavi, in doing so from such a positive point of view and based on abundance, as they say” explains Beatriz Malpartida, People Development Lead of Schweppes Suntory España.

“Expectations have been met with regards to a new way of working: it was not only affronting concrete changes which we were pursuing, but also that the department shines much more, is more autonomous and that the results which we dared to dream about before starting the project are being achieved. “There is a before and after”.

“The experience is very potent because different dynamics to any other way of working are generated.”

Their philosophy of YATTE MINAHARE (Go for it!) is the engine which impulses them to want to revolutionise the drinks sector, creating pleasing and healthy consumer experiences through their trade marks Schweppes®, La Casera®, TriNa®, Sunny Delight®, MayTea® y Joi®.

Beatriz, at what moment in the company does this experience with Madavi fit in?

When Schweppes Suntory España decided to work with Madavi, we wanted to support a particular department of the company which was going through a moment of many changes, both at organisational and strategic levels, as well as, with work tools and processes.

What we were looking for was someone to help us connect those changes and unify all the energy that was being generated and that is why Madavi seemed to us a very integrating solution.

We were looking for someone to help us with appreciative inquiry because we thought it very powerful to focus  the subject of the people from an appreciative point of view, that is to say, from their strengths and not from the areas that they need to improve.

It is that current, positive psychology, that is behind appreciative inquiry, which made us in the end come across Madavi.

What were your  expectations?

Before meeting Madavi, we were wanted a company that would help us channel all that energy, which sometimes, when there are a lot of changes, generates some initial resistance.

What about the result? How do you value their unique methodology, the summits, the experience…?

At the beginning we did not really know what we were going to do; it was very disruptive and innovative.

The experience is very powerful because it generates dynamics very different to any other way of working. People decide what they want to do and by relying so much on what is positive, on the capacity for people to assume responsibility, – which is very high -, all the commitments arise from them. Also to what point each person involved in the project wants to reach.

Another dynamic which has seemed very powerful to us is that everyone has an equal voice. This way of working relies on inquiring into a Summit moment in which you realise that you already have the strengths that the company needs at that moment.

From then on everything occurs in a very natural manner, a lot of pro-activity and commitment are generated by the people, which facilitates that things happen.

In effect it is a question of generating the belief that you really can do it and, what is more, “who better than you who belongs to this department, and much better than an external consultant or someone from HR…”. It is a matter of giving that responsibility to the people and then the power to take decisions and actions and thus allow them to commit to those decisions and put them into practice.

How would you define in one phrase the contribution of Madavi?

In one phrase I would say: “the power to unite individual strengths”.

What Madavi says: “change the way in which we change” is real, no one who has participated in this project is the same as before having taken part it. A belief in oneself has been created that things can be done, that you do not need to ask for permission, that you are responsible for your work. It is so powerful that we can see how they are applying it to more areas of work.

It is no longer only used in the specific sector in which we started to work but they are taking it into their daily routine, into their relationships with other departments and how they plan their future …

Therefore, it can be interpreted as a new attitude, a new way to work and live the day to day with their companions?

Yes, in the end that is what happens, you see how something that has worked and has a very immediate result finishes off by forming part of your daily work.

People in their relations with others already use part of the appreciative culture that they have learned as a result of participating in a Summit or when they have interviews or conversations that are a bit more difficult in some areas.

We have also learned how to ask for help because obviously there are things that you cannot cannel by yourself. They are small nuances that change the way you work.

And the rest of your companions do they realise that this group does things in a different way?

A very interesting phenomenon occurs and that is that the system starts to be contagious because anyone who tries it sees the potential it has. Moreover, as they way of working in a Summit is to integrate people from different systems or departments who collaborate with you it has a very disseminating effect and so reaches more people.

I think it is important to live the experience to really make a change, above all because it is very positive: That someone asks you why you do something well and how you can do it better contributes a lot and is contagious.

How are you advancing in relation to the projects or ideas that have arisen from these Summits?

We decided to work with Madavi in this department specifically because at present it is in a phase of many changes and they were reacting to them very individually without  embracing them as something bigger.

This is what Madavi has helped us with.

The projects that have arisen are very related to what the department had already done before, but we have also looked the interrelationship between those projects. That is its strength and why I speak so much of combining energies, because now no longer does that department only work on its project that it thought affected it individually, but it has also found the way of involving the person next to him in order get help and so that way also be part of the change.

Although only three months have passed we have already started to see changes. But compared to other experiences that we have had when we have managed change, what happens now is that the illusion as well as the action plans which arose from that Summit continue to be maintained through time and are growing.

In Madavi, we always work business and culture together. What do you think of that approximation?

To achieve business and culture it is necessary to have a well-founded culture and that people are impregnated with it.

In our case, they have gone hand in hand: business on the one side supported this cultural change which was going to be implied to us by Madavi and in some way that culture reinforced what the business was asking from us.

Is that connection one of the pillars of success?

It is fundamental, if not How are you going to make a cultural change if the business is not supporting it? Or how are you going to help business to reach where it wants reach if there is not a culture shared by all which is reinforcing it and that are also aligned? In this sense, Madavi has helped us interact and connect it all.

After a first Summit the team celebrated after a time a second Summit.

We have to have moments to continue giving continuity and visibility to the projects, because they are on-going. We are looking for moments in which we can show how we continue to advance, because that viability at the same time reinforces all that we have done. We have lived a very powerful mixture of learning and having fun, which at the end of the day is what we are all looking for at work.

Finishing this interview, Beatriz shared with us this evaluation: “Madavi fits in very well with our culture, with something that we have been trying to push for some time, and that is your own self-responsibility, where do you want to reach, regarding your position and your responsibility, within the company. Madavi respects and encourages you very well in how much you want to give and to what point do you want to be involved.

This experience has helped us a lot in supporting this culture in a very natural way and above all in doing it. Because sometimes in managing people we make the mistake of saying what has to be done when of course what most moves people is showing how to do it by doing it. In that Madavi has helped us a lot. 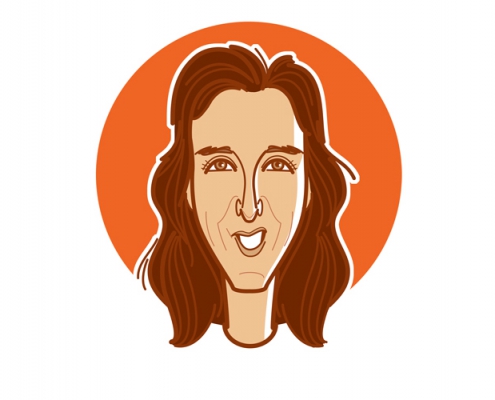 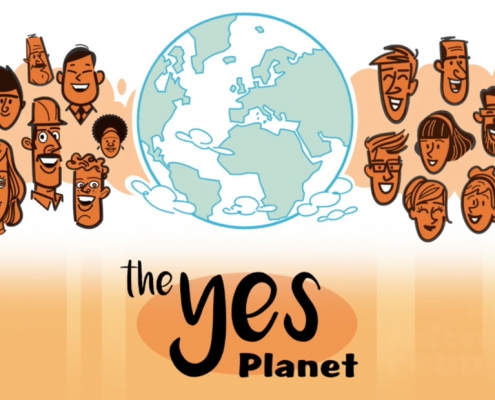 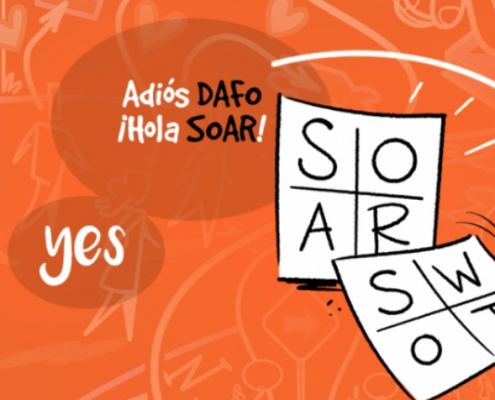 26 youths define the principles of the “transforming” leader of the fut...

“What we planned as a dream has occurred several months after the summit with...
Scroll to top
We use cookies to improve the user experience on our website. More information on our Cookies Policy.Accept