Madavi has held a new Summit with the Schweppes Suntory España team. The process started a few months ago when the company selected Madavi to support and mobilise towards collective action a specific department of the company, which was going through a moment of many changes both at organisational and strategic levels, as well as, with processes and work tools. We then held our first “summit”. 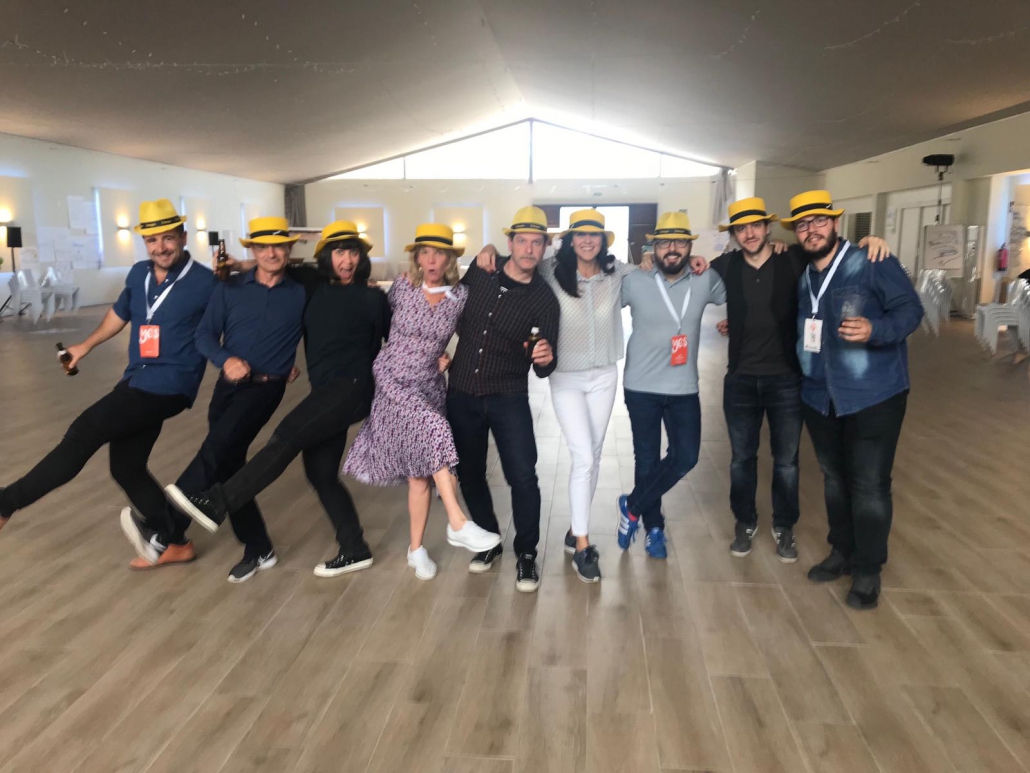 “ What we are looking for is someone to help us connect these changes and unify all that energy which is being generated, and as a result Madavi seemed to be a very integrating solution”, explained Beatriz Malpartida, in an earlier interview in this blog, who is People Development Lead of Schweppes Suntory España.

“We thought it a very powerful to focus the subject of the people from an appreciative inquiry point of view, that is to say, from strengths that they have and not from the areas that they need to improve”.

Mobilizing many in one direction

As is usual in our processes, we count on each and every member of the team, and with dynamics very different to any other way of working. That is why we say, that in Madavi “we change the way in which we change”. According to the evaluation of Schweppes Suntory, “people decided what it was that they wanted to do and by supporting themselves on what was positive and on their capacity of assuming responsibility – which is very high -, all the commitments which arose, came from them. Also the fact that each person decided up to what point they wanted to get involved in the project.

Another dynamic which seemed to them “ very powerful” was that everyone had the same say in what happened.  This dynamic way of working relies on inquiry into a summit moment, in which you realize that you already have those strengths that the company needs at that moment.

«Yes you can», the collective action continues

As a result, collective action was generated with different areas of opportunities, which have converted into projects. “No one who has participated in this Project is the same than before having participated in it”. The belief that “yes you can” has been generated. “You see that something that you have done has worked and that it ha an immediate result and that you finish making it part of your daily way of work”, according to Beatriz Malpartida.

But, what is a summit? It is here that the change begins

In Madavi, we change the way in which organisations change; to do so, instead of analysing the problems, we inquire into what we call “summit moments”.

It is here that the change starts, injecting energy into the system; mobilizing many in the same direction by holding a summit.

A Summit is a collaborative event for a lot of people. When they are held, all the people necessary for success meet at the same time and the same place and create collective action aimed at an attractive image of the future.

The summits are developed in three stages:

In the first (the pre-summit) the sponsors, – a small group of people who have an agenda of change and are convinced that an appreciative process is the best way to change – mark the purpose of the process.

In the second, the Summit, all the stakeholders necessary to mobilise the system participate. During the sessions the strengths are harnessed and aligned in the form of action towards the opportunities.

In the third, the post-summit, the necessary impulse is given to help the teams have success and promote the cultural change. We know the projects, the teams, the resources and the action required. It is the moment to adjust the planning to the reality.

Want to join the discussion?
Feel free to contribute!

“What we planned as a dream has occurred several months after the summit with...

Changing the way in which we change, with a look at David Cooperrider
Scroll to top